Rye flour instead of shampoo | How does No Poo work? 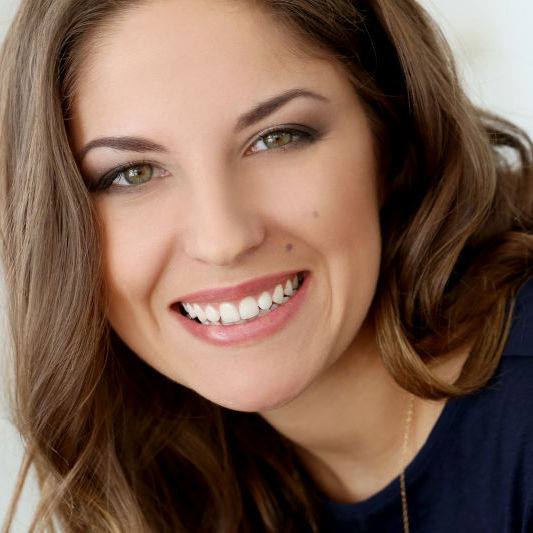 I feel a little like baking bread on my head.

"No Poo" stands for "No Shampoo". There are now various methods of washing hair without conventional shampoo - but does it work at all? Here we test the rye flour method, in theory AND practice!

No Poo - Washing hair without shampoo, does that even work?

Hello, friends of the sun, it's me again, Mayyour trusted chemist. With us today, monster pimples. Can you see them? I just turn in. I welcome you to an episode of Non-Chemistry Chemistry explained or whatever. I mean, if you want to reduce chemistry in your daily lives, I know what you mean...

That's why today something typically "non-chemical", No Poo, wants to take and explain it chemically. No Poo or No Shampoo is the abandonment of conventional Shampoos.

Let me tell you a little bit about how it happened. Because the background story is also worth telling. During our "MaiLab" summer break, I conducted a self-experiment for "Quarks" turned. I was trying to cut down on plastics in a household. Among other things, I wanted to reduce my Shampoo with a plastic-free alternative and came across this hair soap from the unpackaged store. I found the changeover relatively unproblematic, but it is much more spectacular.

Let me introduce you: Shia, author, blogger and a zero-waste queen.

On the first day of my "Quarks" experiment she visited me at home to see my plastic disaster and to give me some starting tips. Because Shia and her husband are absolute pros at avoiding trash. - Here's something not so good: this is the garbage from 7 months. Garbage that's probably not recyclable. From 2 people.

If you find that impressive, friends, listen to how Shia has been shampooing. I washed my hair with rye flour for a good 3.5 years. If you've been working with No Poo for a while now, the rye flour method might not be new to you, but for me as an 0815 chemist it was already...

I used to hate the idea of that. I was so disgusted by mixing flour. Because I knew my mother made sourdough. And rye flour and water was her leaven base. I thought, oh, my God, I'm gonna put that in my hair. I actually did it, almost like a dare, a little challenge for me to get over myself and do things outside my comfort zone.

I really did that and I was pretty excited. I admit, if I hadn't seen live from close up with my own eyes how beautiful Siva's hair is, this video would probably never have been made. So I grabbed Saadet. You know Saadet either from "reporter", where she doesn't shy away from full physical effort, or from "MaiLab".

Here, among other things, she's a self-proclaimed... ...fool for science.

I was a little suspicious when Mai called me. Mai called and would like to try how it feels to have your hair cut for 10 days without Shampoo but of course he doesn't want to do it himself. That's why the guinea pig has to be used aka me. But I did it anyway, for science.

One more thing is very important: do not use wholemeal rye flour.

Oh no! * Alarm * The husks of the full grain contain a lot of fibre that's very difficult to wash out. I've tried this a few times and I can't get it washed out. It makes you look like you have really bad dandruff. I have the bad feeling that my scalp itches. So Saadet takes care of the practice, I take care of the theory. Yay.

I am very grateful for the division of labour, but there is no scientific literature on rye flour "shampoo". But what I can do is educated guesses. So from a chemist's point of view I can see what is logical.

Under this disclamer we go to the first question:

What is in rye flour that could have a cleansing effect?

With conventional shampoos or even my unpackaged hair soap, everything revolves around one thing: surfactants. I have already made some videos about surfactants, I will link everything to you.

In short: surfactants form "bicycles" that trap fat, sebum and dirt. This allows the whole thing to be washed away with water. Without surfactants there is not enough interaction between the dirt, grease and water.

Imagine that on a molecular level, the water molecules have no way to grab the dirt or grease and pull it along. Besides the soaps that you make, there are also naturally occurring surfactants. Indian soapnut, horse chestnut and ivy, for example, contain saponins that you can use for washing, just like soaps. But rye flour does not contain saponins or other surfactant-like molecules. So we have no surfactant. And yet, somehow it works. I have to admit, I'm beginning to feel kind of confident about this.

Can I touch them for a minute?

I mean, I always wash my hair at night. It's like the second morning after the last time I washed it, and it looks so normal.

They stand out as usual, they can do that well, but they look like with normal shampoo. I don't know what your hair usually feels like, but it feels good. - Yeah, a little dry in the ends, but it doesn't look any different than usual. Scruffy as usual.

Rye flour consists of 73% of carbohydrates, more precisely starch. And starch has a practical property for hair care:

This is why starch is also used in dry shampoos. Starch also has another important property: it can be mixed with water.

It does not dissolve like salt or sugar, but unlike oil it can at least be spread. This is due to the molecular structure of the starch molecule. All these OH groups, OH always gets along great with H2O, the water molecule. Imagine it as if the water molecules could hold on to these OH groups, to the starch molecule and vice versa. Hydrogen bonds are called hydrogen bonds.

So my theoryStarch absorbs grease and dirt. The whole thing is washed away from the water thanks to hydrogen bonds.

But why must you use rye flour?

Why not use pure starch?

I suppose it's all a matter of "rheology". Rheological properties of a material include things like deformability or flow behaviour. Mixtures of starch and water are one of the most popular demonstration experiments. If the mixture is handled slowly and carefully, it is relatively thin. But if pressure is applied with rapid movements, the mixture solidifies.

It's cool, but it's not practical for washing your hair. Either the sauce would run everywhere or it would become locally solid when rubbed in. Flour contains not only starch but also proteins and fibre, which prevent the phenomenon from occurring. May, what I do not do everything for you.

Fine, but why rye flour? Why not wheat flour?

Almost everyone has that, rye flour is rather rare. I'll explain that too with rheology. Wheat flour contains gluten, which I have explained here before: Gluten is made up of two classes of protein, gliadins and glutenins, which only come together when you add water and then combine to form a kind of glue. That is why gluten is also called the gluten protein. It holds the dough together and provides the beautiful Chewiness in white bread.

Rye flour contains no gluten, but more of "pentosans". Pentosans are mucilages. They bind water and also provide a certain adhesive effect. Because of the different adhesive substances, wheat flour and rye flour also have different rheological properties when mixed with water.

This means that rye flour dough is easier to spread on the head than wheat flour dough. Now it has to be rubbed in just like normal shampoo.

So it's really very unusual. It looks strange. It's kind of a gray mass that you touch before. And it also feels really weird when you put it in your hair. It felt so dry and also kind of floury and doughy. Of course, you put flour in your hair. I feel a little like baking bread on my head.

If you want to treat yourself to something else, you can then subject your hand to an acid rinse. One tablespoon of apple vinegar, 300-500 ml water.
Such a mixture has a pH around 5, which is in the same range as the pH of our skin and scalp, so everything is fine.

I'm trying to save my face. I'm a pickle. Well, it's not that bad, just a slight aftertaste. I would imagine the softening effect has something to do with the fact that a lower pH dissolves lime scale. We know that from the limescale remover too. It is also slightly acidic. As soon as I had it in my hair, it was much softer. Then I was already in a more positive mood.

After showering, they already don't smell like vinegar anymore. I was really worried someone would notice. I had to go to work the day after and sat in a small room with the team for 3 days. I thought to myself: Wow, if I stink of vinegar now, I'll fly out upright. But nobody noticed.

A colleague even asked me after a week: When are you going to start your hair experiment? I said: I'm almost finished. - That's a good sign. - That's a good sign. I don't think anyone noticed. You don't smell as nice after shampoo anymore. It doesn't really smell anything yet. It's very neutral. I actually like that shampoo smell. That's stupid. - But they don't smell bad either. - No. You want to smell? - No. - Be my guest, Mai.

One must assume that a conventional shampoo with surfactants removes dirt and dough much more thoroughly than a rye flour shampoo. However, the sebum is not produced for our skin for fun, but for protection. Dermatologists also advise against it,
to shower with soap or wash your hair daily. Only hands should be washed regularly and thoroughly with soap. Rye flour shampoo works and makes sense in theory.

To sum up, it can be said

Anyone who has problems with the scalp or wants to use less plastic can try this. It's not bad, even if it sounds bad. I'm a pickle.

PrevPrevious article(Extreme) hair loss in women - don't panic, but please react!
Next articleDoes Corona have an effect on hair loss?Nächster